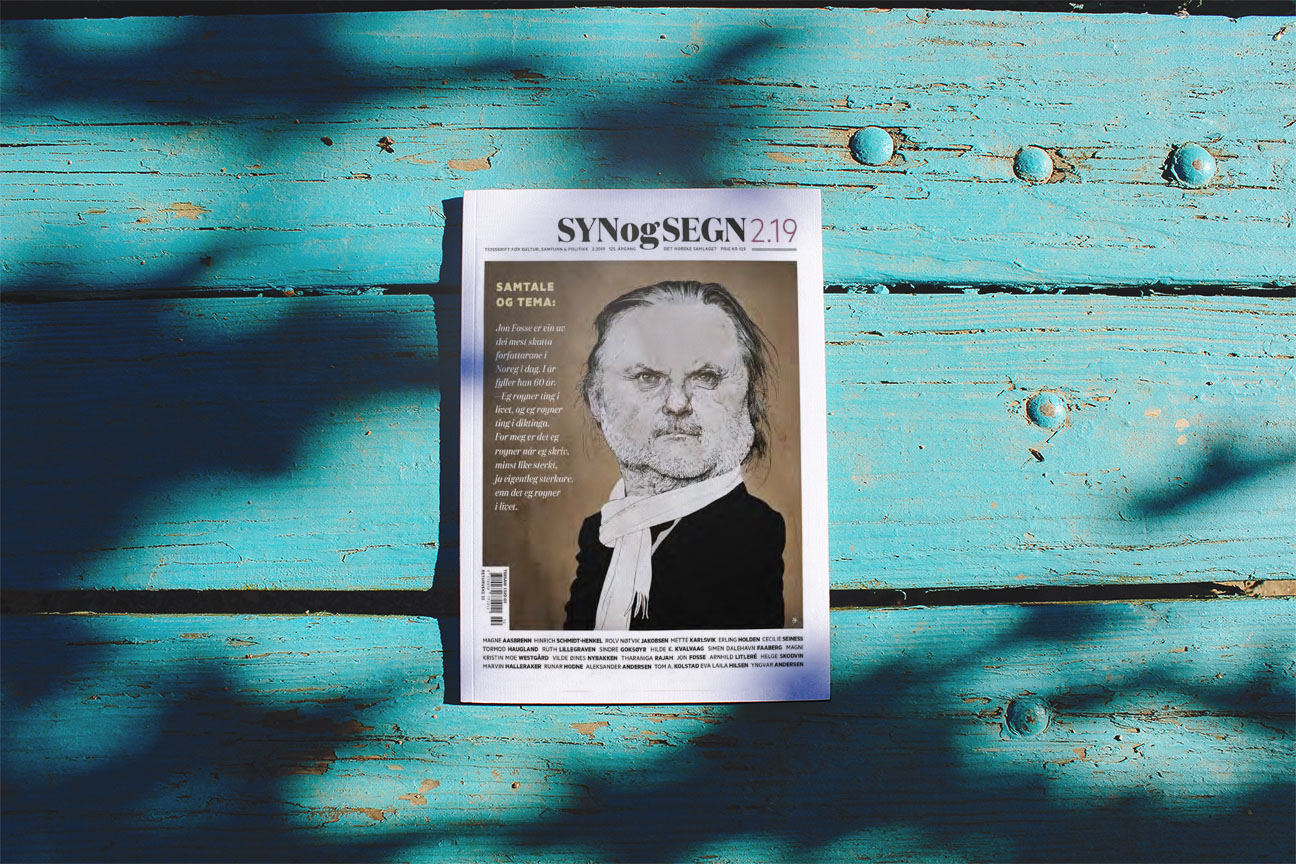 The Nobel Prize-tipped Jon Fosse began his literary career as a poet and novelist, but from the 1990s became famous abroad as a prolific dramatist. His work has since been translated into some fifty languages. In Syn og Segn, Fosse talks with his editor and literary biographer Cecilie Seiness about growing older and returning to novel writing.

Seiness reflects on Fosse’s ‘strange history … [he] almost became a dramatist against his will’. Fosse admits that his first play ‘was the greatest revelation in my life’ but, after almost twenty years of ‘writing plays like a madman’, he began a novel about a man and his reflected self – ‘they are the same and yet not the same. That’s the core idea.’ This autumn sees the publication of the first instalments of this recently completed novel in seven parts: Septology. Fosse’s long-standing German translator Hinrich Schmidt-Henkel describes Septology as ‘masterly … a mountain of a text’ and writes about his admiration for Fosse’s ‘slow prose’ and ‘very plain but at the same time very difficult and demanding language.’

For the eighteen-year-old climate activist Vilja Helle Bøyum, the trigger to militancy was her participation in a campaign against off-shore oil exploration near the Lofoten archipelago. In the spring, her role in a Norway-wide school strike ‘for more active climate policies’ attracted public attention, some of it critical. But ‘young people are not playing truant, it’s the politicians who have skipped the climate lessons’, she says in interview. Recent plans for a ‘summit meeting’ between young campaigners and politicians have not mellowed her: ‘Nice idea but … [talking and writing] has been going on for ages. We’re fed up with chats about solutions. Action is what we’re after.’ 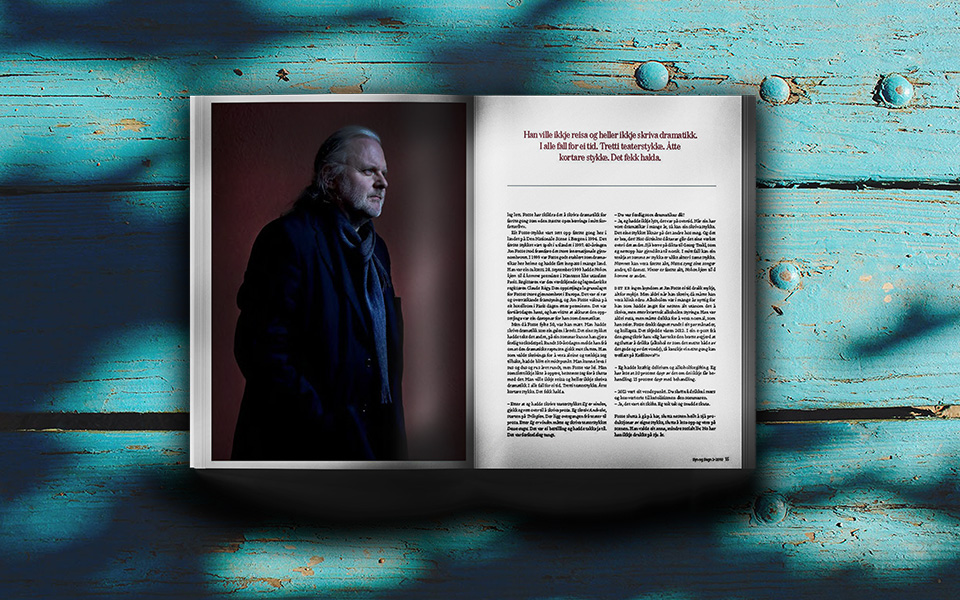 Erling Holden reviews aspects of Norway’s energy policy. ‘In 2020, Trøndelag [county] will be the proud owner of Europe’s largest land-based windfarm.’ The case for expansion is widely contested, though, on grounds of economy as well as nature conservation – some feel that sustainability is ‘a foggy concept’. Holden thinks that a possible solution is to find energy at sea is by relying on floating wind turbines.

Also: On a tourist trip to Chernobyl, Hilde Kvelvaag is reassured by nature’s capacity of recovery. And concerned about the ‘now-ness’ on online culture, Magni Westgård argues that a school syllabus including more of the canon of classical fiction would ‘burst the bubble of internet communication’.

This article is part of the 14/2019 Eurozine review. Click here to subscribe to our reviews, and you also can subscribe to our newsletter and get the bi-weekly updates about latest publications and news on partner journals.

Beyond Baldwin the icon

‘Ord&Bild’ asks what, besides his radical appeal, makes James Baldwin relevant today: featuring a conversation between literary scholars Cora Kaplan, Justin A. Joyce and Douglas Field; a revelatory reading of Baldwin’s FBI file; and explorations of Baldwin’s writings on alienation.

The artistic liberalism of the Bolsheviks

In ‘NLO’: the story of the decidedly liberal First Russian Art Exhibition of 1922; depictions of physical abuse in Soviet children’s literature; girls’ encyclopaedia; and the thawing of authorial emotions.