Race in Europe and the US

‘Springerin’ considers reparations, colonial violence and race relations in Europe and the US. Also, on the ever-increasing presence and future implications of technology in our cultural, political and daily lives.

Du Bois’s apocalyptic story is part of a larger collection, which Hartman describes as ‘an assemblage of stories, essays, poems, prayers, songs, parables and hymns, and an inventory of violence (which examines whiteness, lynching, servitude, imperial war, the damnation of black women, colonialism, capitalist predation, as well as beauty, chance, death and the sublime).’ Despite a hundred years and yet another deadly pandemic, the spectre of white racism remains just as virulent today. 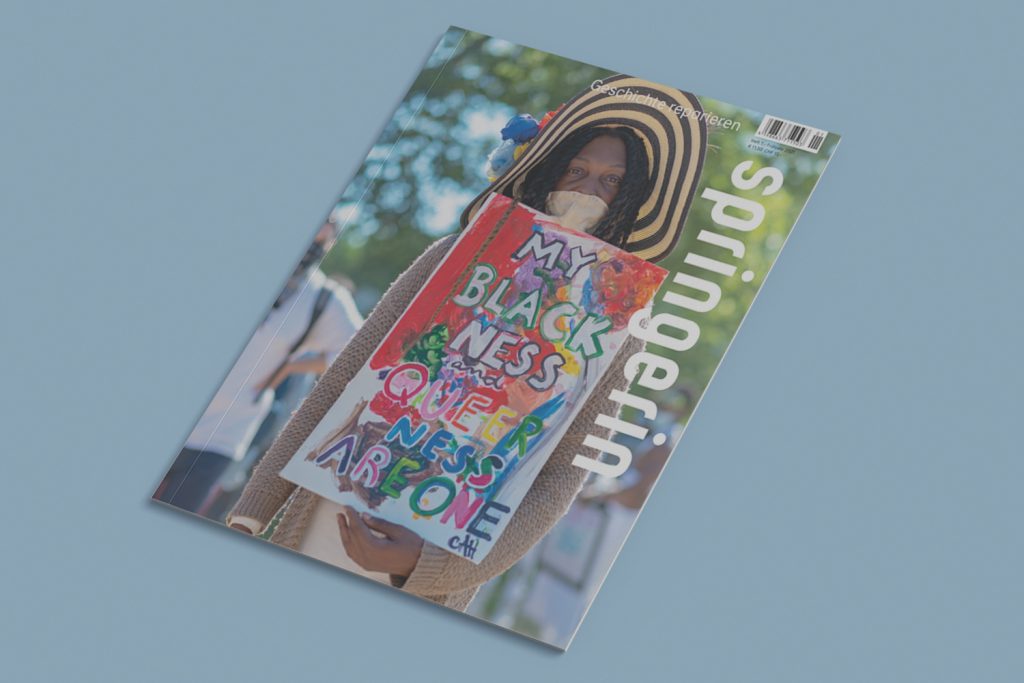 Variously referred to as a foreigner, citizen with a migration background, post-migrant, Black, and now BIPOC, Julian Warner explores race in his native country Germany. ‘What’, he asks, ‘is the relationship between the sheer limitless violence of the historical colonial situation and a European home and present?’

American writers and theorists have provided the foundational material through which race has been articulated and interrogated throughout the world. However, Warner prods readers to move beyond ‘this African-American-centered discourse’ in order to mobilize support and solidarity for victims of violence and racial discrimination in Europe today. Ultimately, he questions the value of dualisms such as colony and home, suggesting that we rethink our reasoning and assumptions.

Christian Höller speaks with Mark Coeckelbergh about the ethics of artificial intelligence, what it means for our lives and how it might change society in the future. Coeckelbergh acknowledges the many benefits of machine learning, automation and data science, but also calls attention to their moral and ethical drawbacks, including privacy and transparency concerns, ‘predictive policing’ and the loss of jobs.

Whether a balance can be struck between harnessing the power of technology in order to address pressing issues such as political instability and climate change, and safeguarding human agency and independence remains an open question. Despite technology’s obvious potential, ‘there is tremendous risk for the manipulation of people, even if this manipulation is for a good purpose.’

Beyond Baldwin the icon

‘Ord&Bild’ asks what, besides his radical appeal, makes James Baldwin relevant today: featuring a conversation between literary scholars Cora Kaplan, Justin A. Joyce and Douglas Field; a revelatory reading of Baldwin’s FBI file; and explorations of Baldwin’s writings on alienation.

The artistic liberalism of the Bolsheviks

In ‘NLO’: the story of the decidedly liberal First Russian Art Exhibition of 1922; depictions of physical abuse in Soviet children’s literature; girls’ encyclopaedia; and the thawing of authorial emotions.