Cogito’s 100th issue focuses on the history of critical theory. Including Adorno in Turkey; Foucault and Habermas on despotism; COVID-19 and ‘temporal fracture’; and nineteenth-century attitudes to empire.

The Turkish journal Cogito marks its one hundredth issue with a return to the source. Entitled, ‘Time for criticism’, it examines the history and roots of critical thought. The special issue also shows the urgency and relevance that such approaches offer for both a post-truth pandemic world and Turkey under president Recep Tayyip Erdoğan. Editor Şeyda Öztürk proposes ‘a closer and more detailed relationship with critical thought in Turkey in this crucial period and enriched intellectual production.’

The issue kicks off with a whistle-stop tour of the territory, as academics Volkan Çıdam, Kurtul Gülenc, Özgür Emrah Gürel and Zeynep Savaşçın discuss the schools and traditions associated with the term ‘critical theory’. This colloquium introduces 400 pages of essays and interviews on topics ranging from the Frankfurt School to postcolonial theory. 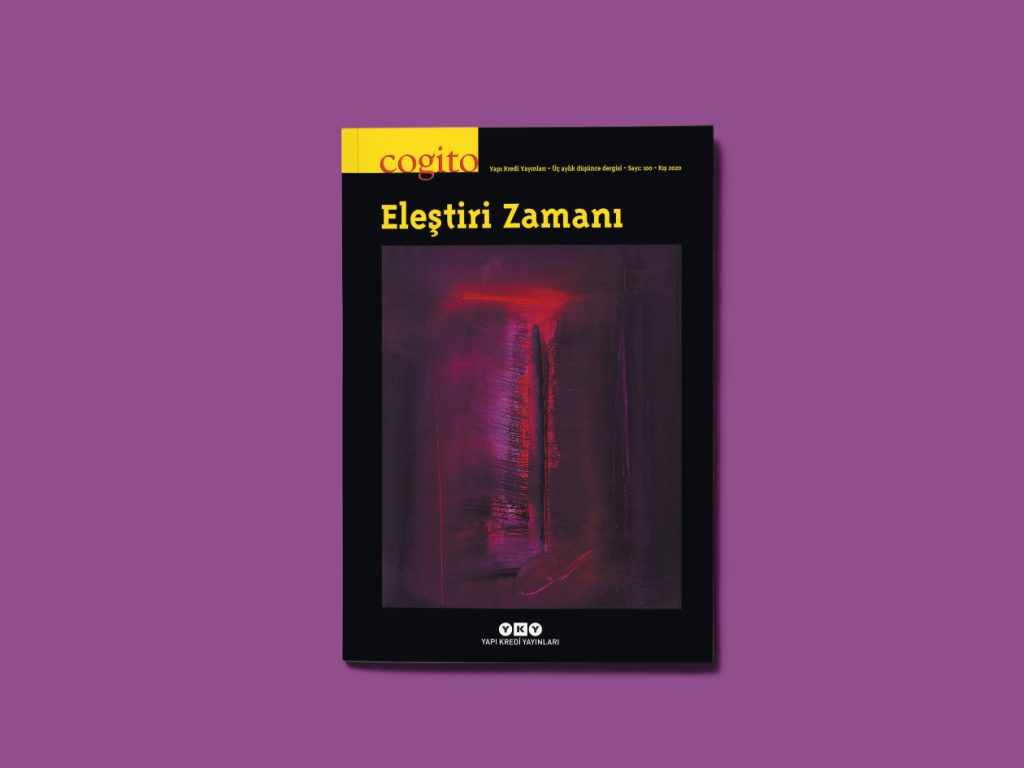 Toros Güneş Esgün discusses the recent surge in interest in the work of Theodor Adorno, explaining why adapting it to a modern Turkish context is an act that requires critical thinking in itself. Aykut Çelebi looks at Walter Benjamin’s One-Way Street to show how critical thought remains important at a time when ‘huge problems urgently demand solutions and no sign of a new theory, an actor or a movement is capable of dealing with them.’

Zeynep Gambetti examines ideas of time focusing on the COVID-19 pandemic’s ‘temporal fracture’ that challenges neoliberal capitalism and its understanding of the present. And Çiğdem Yazıcı looks at how purely logical thought can fail against the challenges of a post-truth world, advocating for emotions to be considered as part of philosophies.

Özgür Gürsoy studies despotism through the lenses of Michel Foucault and Jürgen Habermas. Critical thought may not have the power to change the despotic regime, he writes, but the ‘function of criticism is to provide the mental tools and experiments that keep us open to the kind of transformations that are needed in order to have any impact on games that are rigged in such ways.’

Elsewhere, Arif Camoğlu traces attitudes to empire, both Ottoman and British, in the work of nineteenth century writers and politicians such as Abdülhak Hamid Tarhan, whose career spanned the end of the Ottoman Empire and the foundation of the Turkish Republic. Camoğlu ponders the ‘paradox’ of a servant of empire who became a republican founder, arguing that such careers reveal that ‘the Ottoman ghost, whose existence is becoming increasing clear these days, was actually always at the end of our nose.’

Losing ground and doubling down

Police violence on increase in Turkey

The covid crisis has hit Turkey hard and made its mark on the government’s approval ratings. The country already has the highest number of police officers per capita in Europe and the regime is clamping down on dissent with increasing force – be it Pride marches or women’s protests for the Istanbul Convention.

An ode to Marmara

What lies below the sea snot spectacle

Once the heart of a civilization, the inland sea connecting Europe and Asia has lost most of its astonishing wildlife and is suffocating under marine mucilage. Industrial pollution and reckless sewage policies feed the phytoplankton that took over the sea. Kaya Genç recalls the rich history of his beloved Marmara and identifies the culprits behind its rapid demise.