In its spring issue, ’Vikerkaar’ reveres the body, both fleshy and virtual: feminist acts of resistance counter online body policing; alternative therapy takes on an element of witchcraft; and filth gets a new, positive airing.

Influencers such as bodybuilders and diet counselors, suggests Vikerkaar, often couch their advice in the language of health. Documentary filmmaker Marian Võsumets argues that what lies beneath is often little more than body policing. Men but more often women are encouraged to spend inordinate amounts of time and effort shaping themselves to fit unrealistic expectations.

In line with neoliberalism, the individual, when seeking a perfect body, abandons collective responsibility for food deserts, poor urban planning and fast-food’s dominance. ‘The decision to make peace with one’s body is a feminist act of resistance,’ writes Võsumets. ‘We ought to talk about body neutrality alongside body positivity. The focus should be on what your body enables you to do, not on what it lacks.’ 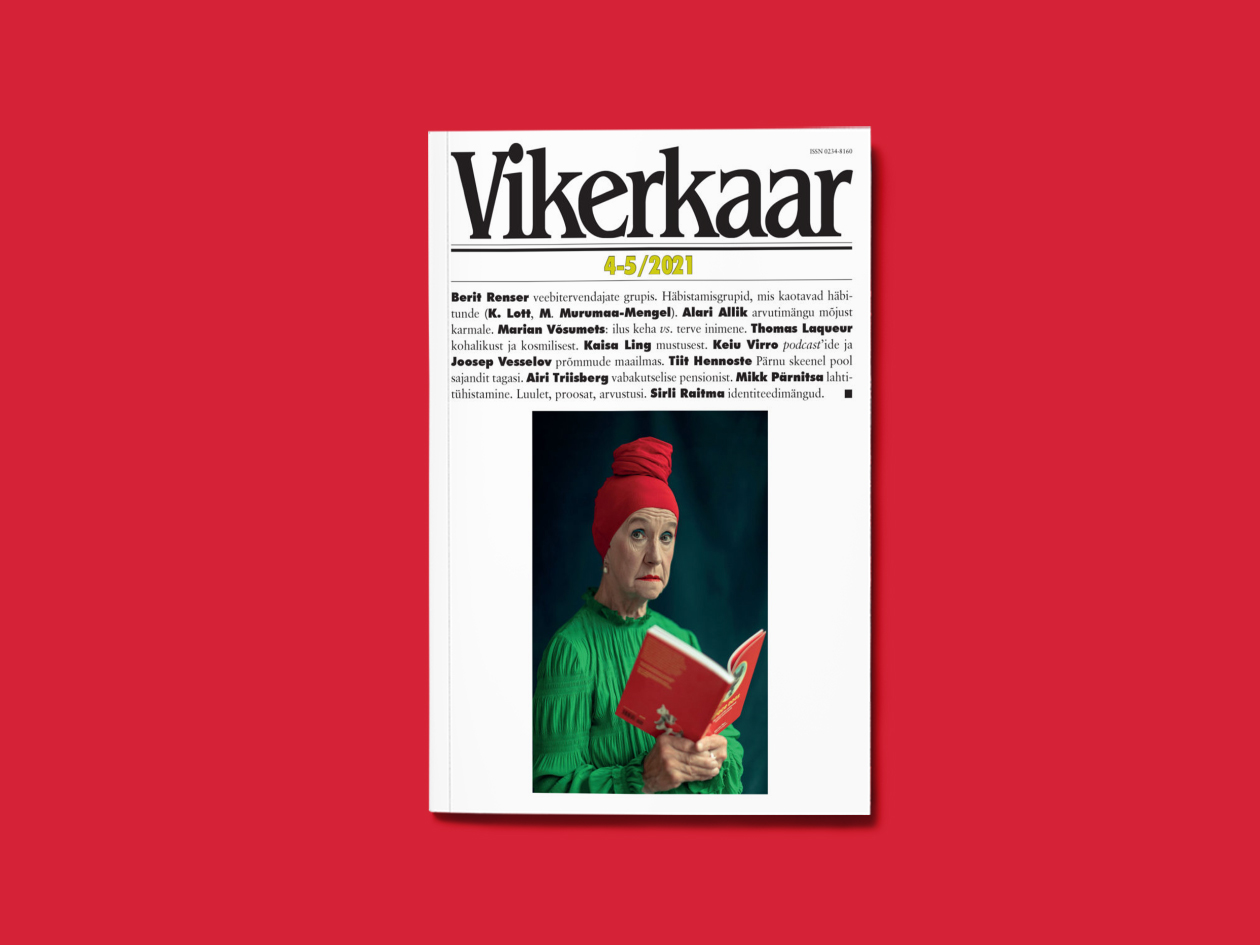 Media scholar Berit Renser asks why thousands of people tell their deepest, darkest secrets to closed Facebook witchcraft groups. Though such communities are often ridiculed, Renser argues that the values they embody resemble those of mainstream therapy culture. Alternative therapy has spread to encompass almost every aspect of social life, from family life to corporate management. And the thriving periphery of therapy, writes Renser, is increasingly substituting more recognized methods: ‘Dr. Freud’s couch has been replaced with social media support groups and digital consultations from psychics, whose bills are not quite as high, whose lines are not quite as long and who do not carry the stigma of marking you as “mentally ill”.’

Kaisa Ling reflects on the philosophy and history of filth, arguing that the perception of the modern world as cleaner is exactly that – a perception. Nineteenth century urbanization brought about a new era of dirtiness, which far exceeded that of the countryside. Although filth is now positioned in relation to hygiene and microbiology, Ling considers that attitudes haven’t changed all that much. Indeed, filth can be as attractive as it is repulsive: ‘We derive enjoyment from the feeling of sweaty skin after sport, from rolling around in autumnal leaves or puddles. They say there’s no activity more disgusting than the act of giving birth, an act that results in pure joy. Not to mention sex, which is filthy and uplifting in almost equal measure.’

This article is part of the 10/2021 Eurozine review. Click here to subscribe to our weekly newsletter to get updates on reviews and our latest publishing.

Outer Space, the next Wild West

The common good or the market?

The materiality of the cloud

On the hard conditions of soft digitization

Delete your profile, not people

Social media users can be forgiven for feeling dissatisfied. ‘Old media’ news, based on the perpetual celebrity comeback, has hit a conceptual impasse with new cancel culture. Geert Lovink calls for the renewal of social networking tools giving users a constructive voice.

Many of the early twentieth-century champions of eugenics were social democrats and feminists. All shared a belief that science and technocracy could re-engineer society for the better. Attempts to institutionalize eugenics coincided with the emergence of welfare states and infrastructure to monitor the ‘feebleminded’.