The legacy of division

When the Cold War came to a sudden end thirty years ago, the two halves of the continent declared in unison their intention to overcome the legacy of the division. Eastern Europeans appeared eager to ritually condemn, if not to critically examine, their recent past and were especially keen on asserting and proving their ‘Europeanness.’ Westerners, too, hoped to see the countries of the former Eastern bloc transformed and potentially absorbed into an enlarged and ever deeper project of political integration. Mutual ignorance and deep-seated misperceptions seemed a temporary hindrance on the path towards the unification of the continent.

After 1989, the conviction became common that the Cold War had been an anomaly. The Iron Curtain may have enforced a perception of stark differences between the two halves of the continent, and may even have turned such differences into a fact for more than a generation, but the distinction between East and West was said to be little more than a symbolic construct. It was repeatedly asserted that the boundary separating the two halves of the continent was fluid, negotiable, and subject to deconstruction. Yet the integration projects launched during the early postwar decades, which despite being restricted to one side of the Iron Curtain made increasing claims to represent Europe as a whole, drew on long-standing traditions in western European thought that marginalized and even excluded the experiences of the continent’s eastern half.  And it was similarly overlooked that structural differences between various macro-regions of Europe had a history stretching back much further than the Cold War.

If the integration of an enlarged Europe was to stand any chance of success in the post-Cold War period, a more inclusive narrative of the recent past and a more equitable present was required. Not only was, as post-colonial authors asserted, a thorough decolonization of the dominant Eurocentric visions of the world called for after centuries of colonialism. Also, as critical scholars from eastern Europe noted, a simultaneous de-provincialization of western Europe needed to accompany European unification in order to avoid reproducing developmental-civilizational hierarchies and stigmatizations within the continent.

The hopes and ambitions of those heady days for a fast and successful merging of Europe’s East and West can today be viewed as unrealistic at best. The financial and economic crisis of 2008 led to a crisis of the eurozone, which – beyond painfully reopening a North-South divide – halted or may even have reversed the process of economic convergence in the East. The increasing confrontation between Russia and the West in recent years has challenged Europeans’ confidence in a peaceful future. The global revival of authoritarianism has engulfed several eastern European states, including EU members, while xenophobic forces and nationalist politicians enjoy growing support across the continent.

The past decade of crisis and turmoil appears to have frustrated the great expectations of the turn of the millennia for a free, borderless and social Europe. With the elevation of controversial projects in the eastern member states to models for their western counterparts (an unexpected reversal in the transfer of political ideas and styles), the possibility of convergence between Europe’s two halves is increasingly perceived as a threat rather than a promise. These trends make it all the more urgent to ask what happened to the legacy of the East-West division in the three decades since the end of the Cold War and the implosion of the communist regimes.

How have the perceptions and misperceptions between the two halves of the continent changed since 1989? Is it justified to talk of a new East–West divide? If so, how can one characterize it and why has it re-emerged? Conversely, how have hopes of overcoming the divide been met over the past three decades?

Together with its Slovene partner journal Razpotja, Eurozine is posing these timely questions to a host of prominent intellectuals, who share their insights and assessments in the essays here. We will be continuing the conversation through further contributions throughout the year. We wish you a stimulating read. 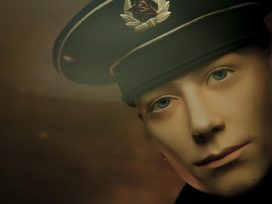 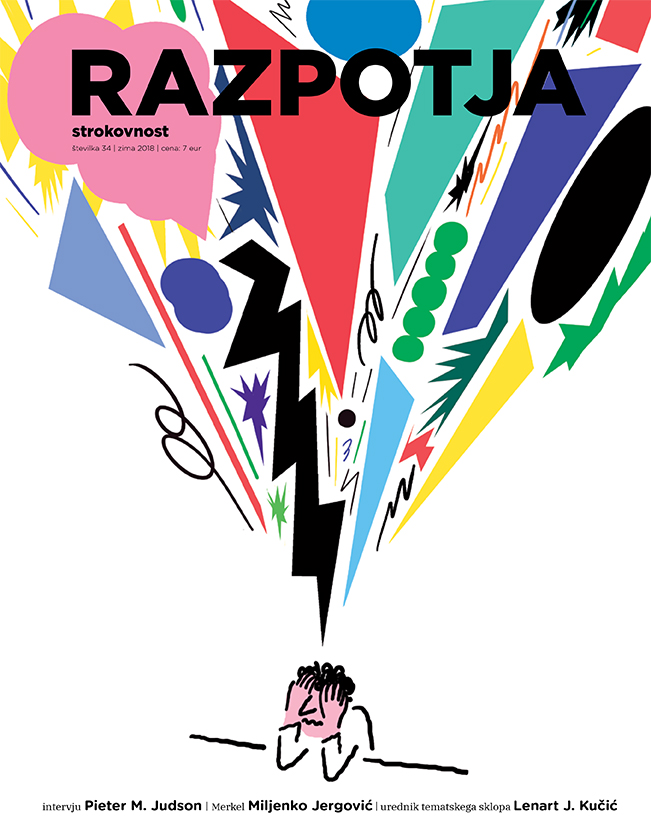 This focal point is a cooperation between Eurozine and our partner journal Razpotja, curated by editor Luka Lisjak Gabrijelčič and historian Ferencz Laczó of Maastricht University.

Watch the discussion of authors and curators #EMCJ31

What is racism against eastern Europeans? And what did Viktor Orbán learn from Slavoj Žižek?

Wasn’t the East-West divide supposed to go away?

Discussing ‘The Legacy of division: Europe after 1989’ with the curators

Was it foolish to expect Europe to unite after the Iron Curtain fell? What kept the wounds from healing? Talking the post-Communist heritage in Gagarin, the Eurozine podcast.

Out of love for the South

We speak about the differences between North and South as though they explain everything. In the process, age-old prejudices again penetrate the European consciousness and shape how we think about the world.

On divisions in ‘united Europe’

Europe’s uncoordinated reaction to the pandemic and the controversies over the European Recovery Fund have again revealed the political fissures between East and West. COVID-19 will pass, but other external threats will not.

Russia as the liberal unconscious, source of all that the West finds abject and unsettling? There is something to be said for this theory, says Peter Pomerantsev in conversation with his father Igor, the émigré dissident and poet. But where does it put the myth of central Europe as ‘kidnapped West’, not to mention contemporary Ukrainian occidentalism?

In eastern Europe, neoliberalism’s loss of legitimacy after 2008 benefits coalitions of rightwing populists, whose promise of stability addresses the psychological impact of the crisis on younger voters. These are citizens who have never experienced a shortage economy and who still aspire to a western quality of life.

European Utopias from below

1989 and the role of popular movements East and West

Dialogue between western European peace movements and human rights groups in the East made a crucial contribution to overcoming the division of the continent and laid the foundations for a global language of transnational civil society and humanitarianism. The argument that ’89 was all about ‘catching up’ with the West overlooks this history.

This mess of troubled times

The processes set in motion by the disintegration of the socialist economy in eastern Europe eluded all analytical frameworks. It was a time of ‘wild thinking’, in which received ideas were reconsidered and values re-assessed. We are still living through this troubled era, writes the historian of the Soviet Union Karl Schlögel.

Legacies of 1989 for dissent today

What are the legacies of dissent, thirty years after 1989? Two places to look are the 2011 Arab Spring and Armenia’s revolts in 2018. They both teach different lessons about establishing the interpersonal conditions for successful non-violent rebellions and restoring social trust in an illiberal age when authoritarians use ‘hybrid warfare’ tactics to disrupt democracies from the inside.

‘The future was next to you’

Ivan Krastev and Stephen Holmes argue that illiberalism in central eastern Europe today is part of a global contestation of western liberal hegemony. In an interview with Eurozine, Krastev elaborates on this thesis, discussing what happened to the hopes of ’89, why dissidence cannot be equated with anti-capitalism or even liberalism, and why explaining the new authoritarianism as a backlash against the ‘imitation imperative’ is not to trivialize its ideological substance.

The price of unity

The transformation of Germany and east central Europe after 1989

The strength of the German economy is often attributed to the shock therapy of the 1990s. But in 1999, the reunited country was considered ‘the sick man of the euro’. Its failings were blamed on the socialist legacy, yet the economic crisis was the result of western decision-making in 1990. Comparison with the economies of Poland and Czech Republic suggests that shock therapy was not the key to Germany’s success.

‘But this is the world we live in’

The strategies that Romanians employ to negotiate the capitalist economy are much like those they used under socialism. Nepotism and bribery are seen as necessary for navigating a broken system. At the political level, however, recent anti-corruption campaigns have brought spectacular results. Jill Massino examines how the shift to a market economy and ongoing corruption have affected individuals’ civic identities, everyday practices and perceptions of the state and the EU.

Europe today is divided not by developmental or systemic differences, but two competing ideologies. They cannot co-exist, like political parties, but must displace each other’s vision for the West. But while liberal democracies adhere to a liberal international order, and leaders like Orbán define the West in narrow ethnonationalist terms, a whole new East-West front opens up between the US and an ascendant China.

The rise and contestation of eastern European populism

Eastern Europe is clearly part of a global populist wave, and is now part of the western right-wing populist imaginary as the bedrock for ‘pure’ European values. Only by looking at ‘1989’ from a new angle can we see how populist governments’ rejection of a ‘decadent’ and ‘imperialist’ West merely continues a communist stance, despite their strident anti-communist rhetoric.

Human rights, gender history and the road to 1989

Soviet, Polish, and Czech women were active but sidelined members of pre-1989 dissident groups. This not only kept up conventional gender roles, but shared them with the regimes they were fighting against, a fact concealed by their ‘vernacularized’ concept of human rights.

Endemic: when emergency is the norm